Previous Next
I don't really do 'outdoors' and 'indoors'. I just think in terms of environments. David HarberScroll for more 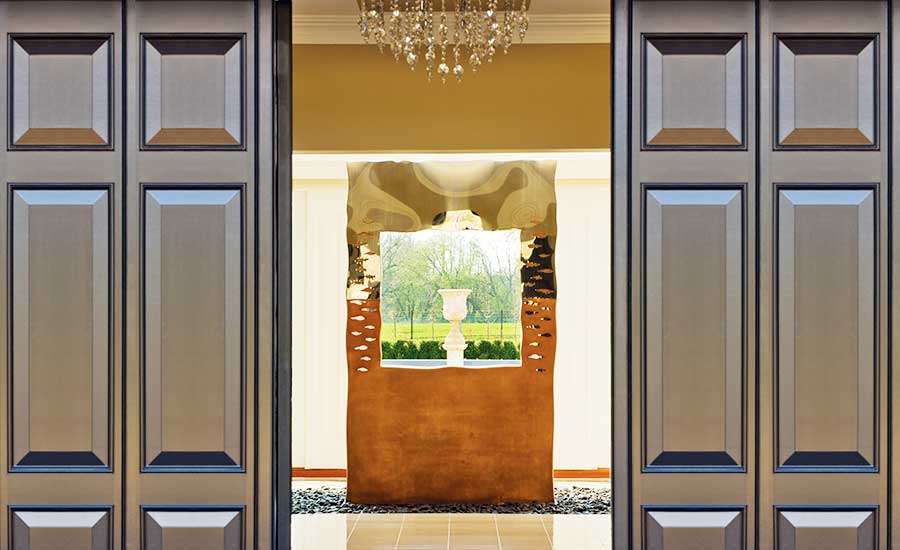 Harber is best known for his garden sculptures, but has long extended his repertoire into interiors as well as public spaces, and in terms of his artistic practice, sees no major difference in working across these boundaries.

A three-dimensional object in a three-dimensional setting has essentially the same variables of light, color and scale. Sight-lines, and an idea of the space's purpose - whether it be living, socializing or solitude - remain central. 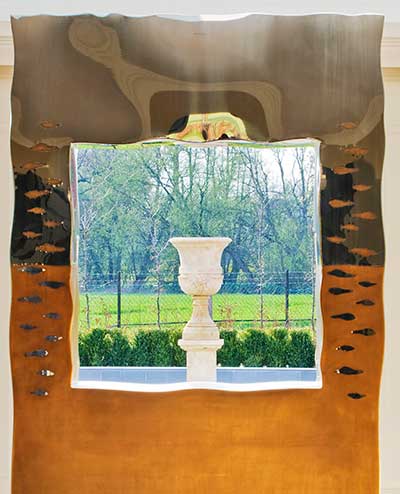 Some of his pieces work best as a focal point. A recent commission for a private house in Pakistan led to the creation of a bowl called Fire Vortex which sits in the middle of a room, with water swirling in a gentle vortex and a flame dancing over the point where the water disappears.

"On the one hand you have the epic and the public and on the other the meditative and the private," says David. "It always depends on the space and the role that the client wants the artwork to fulfill." And that might be inside, or outside. For Harber, the task remains the same - to create a sense of mystery and enchantment.