Custom sculpture with airplanes to celebrate the 80th anniversary of the Royal Air Force's famous air force base at Brize Norton, Oxfordshire, England 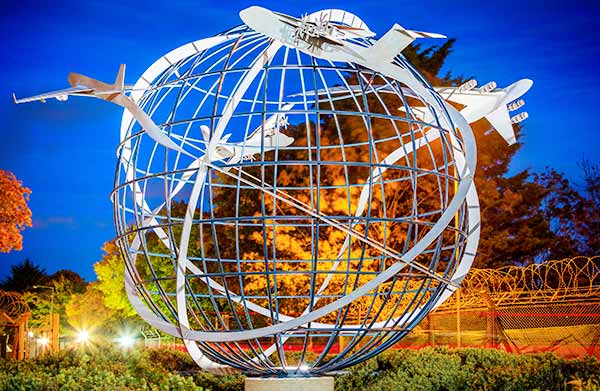 The creative brief was to design and make a unique sculpture depicting RAF Brize Norton's global importance as a transport hub to and from operations worldwide.

Called the Gate Guardian, the sculpture is a sphere of latitude and longitude lines – representing the earth – with four of Brize Norton's key aircraft types flying out from the globe to represent the strategic global importance of the aircraft base.