We are delighted to announce that David Harber has received a Queen's Award for International Trade. The award was given in recognition of the company's outstanding growth in overseas earnings over the last three years, including an increase in its proportion of overseas sales from 22.6% to 40.3%.

Announced each year on the 21st April – the Queen's birthday – the awards recognize exceptional achievement in business and represent the highest honour that can be bestowed on a UK company. 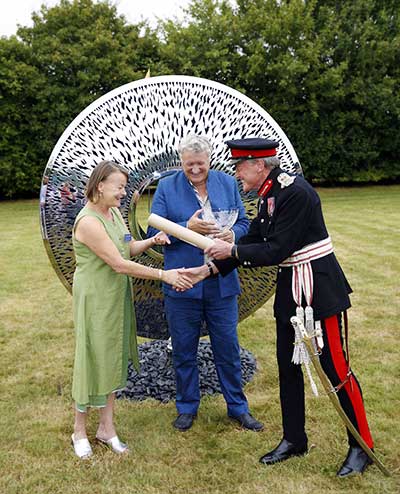 The award was presented to David Harber at his Oxfordshire studio. Her Majesty's Representative in the county, Tim Stevenson OBE, Lord-Lieutenant of Oxfordshire, presented the award in front of an audience of local VIPs including: Sarah Taylor, High Sheriff of Oxfordshire, Lord and Lady Alvingham, and noted interior designer, Tim Gosling.

Sophie and David Harber had a fabulous evening at a Reception given at Buckingham Palace, London, England by The Queen and The Duke of Edinburgh for winners of The Queen's Award for Enterprise. 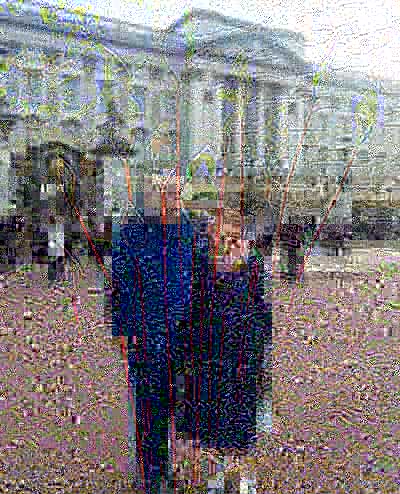